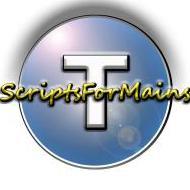 By ScriptsForMains, April 23, 2019 in Scripting Tutorials