Completes user generated farming runs for great profit and / or experience with minimal time in game.

With the simple to use UI, you can customize your farm runs however you'd like.

You can choose what to plant, where to plant it, when to plant it, how to get there, whether to protect it / fertilize it and even select what compost to use!

This script allows for fully automated restocking of all relevant farming items, all of which can be enabled / disabled via the UI, allowing for easy hands free farming!

This script currently supports almost every patch you'd ever want to farm from, including:

While waiting for patches to grow, this script is capable of utilising various Auto by Botting.io scripts to pass the time and gain experience and gold in whichever fashion is desired.

This script features an advanced antiban system based around player generated preferences, preventing any two accounts from playing the same and designed to avoid Jagex's heuristic detection system.

Ever managed to play for long durations without slowing down? No? Well this script emulates human game play by tiring as the script duration / activity of the script increases. This feature linked alongside the Advanced Antiban systems make it almost impossible for two accounts to play the same.

Easy to use UI

An easy to use user interface to get you started with the script.

Argument based support allows you to easily use the bulk client starter and run multiple accounts with one click. Just type your saved profile name into the argument box. 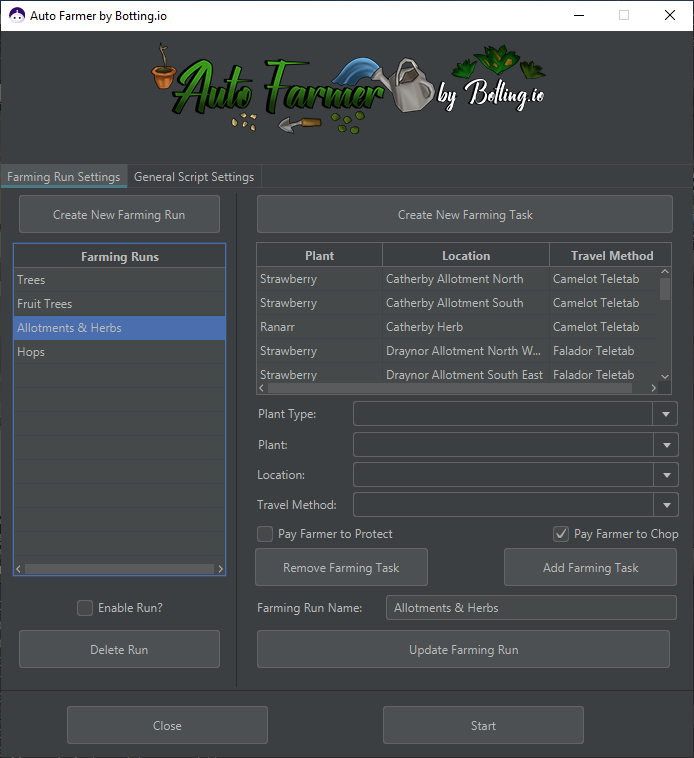 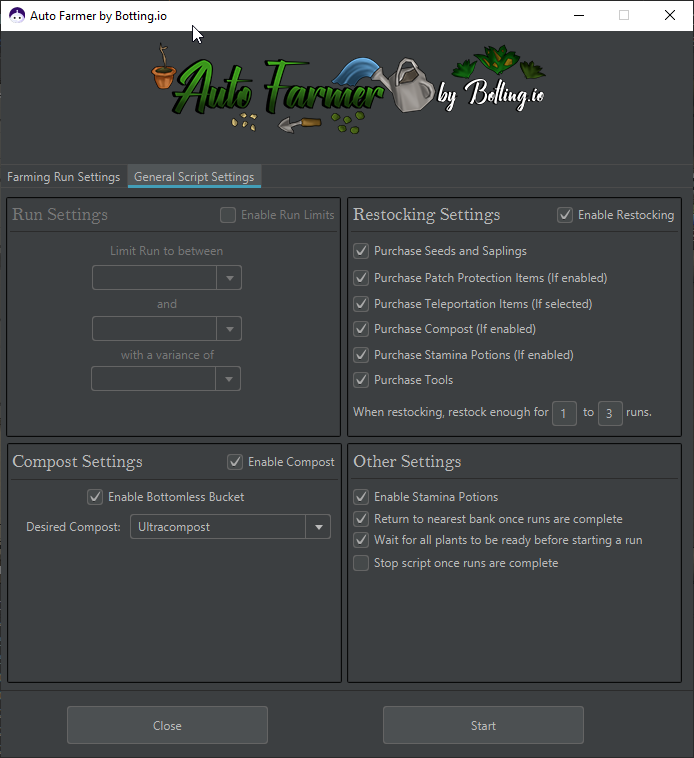 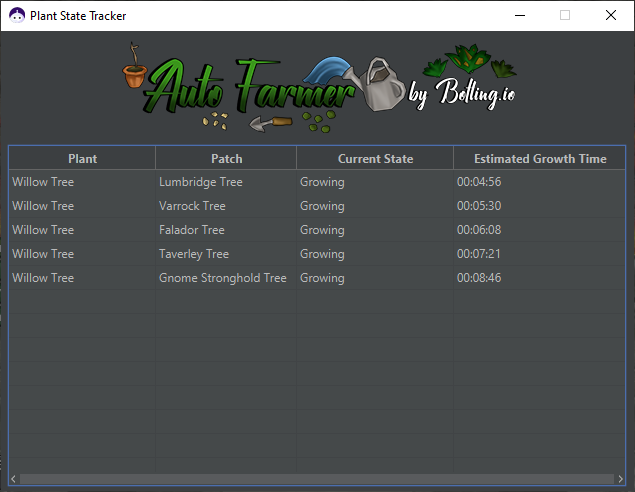